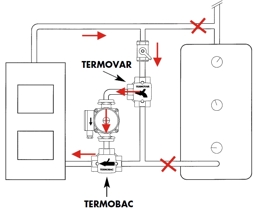 The thermostatic valve of the mixing unit warms up by the returning hot water from boiler. 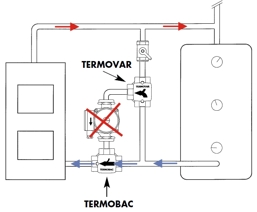 If the circulation pump is stopped (in the event of a power failure etc), the water pressure from the pump will drop, causing the shut-off valve to open due to natural circulation, thus allowing the system to circulate naturally, protecting the boiler from overheating and breaking.